“a skilled vocalist, top-notch in her phrasing and intonation, but she also possesses an ineffable ‘something extra’ that’s both compelling and engaging in its delivery of the stories she has to tell . . .”
–All About Jazz

As one listener put it, Carrie Wicks sings like a “lazy angel.” With a rich timbre and deep musicality, her voice is both viscerally compelling and relaxing, whether she’s exploring the jazz repertoire or her own collaborative compositions.

Her debut CD on OA2 Records, I’ll Get Around to It, catapulted her to national acclaim in 2010. She followed that with Barely There in 2012 and Maybe in October 2015. A three-time nominee for the Earshot Jazz Vocalist of the Year Award, she released her fourth Origin album, Reverie, in October 2019.

Her early musical background included playing viola in Summit, New Jersey; singing harmonies during middle school in a church choir in Dorset, Vermont; and then playing cornet in a high school jazz band. But it wasn’t until the fall of 2001, while living out in the woods of Indianola, Washington, when she ferried across Puget Sound for her first jazz-singing workshop in Seattle, that she fell for the bright light of urban jazz. Since then Ms. Wicks has been focusing on jazz vocals and collaboratively composing songs with bassist Ken Nottingham for the Bushwick Book Club of Seattle and pianist Nick Allison; she also harmonizes with Aria Prame as Nightingale and assisted in producing eight variety shows called the Big Gig at the Triple Door with Billy Brandt. 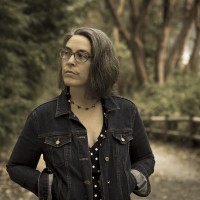 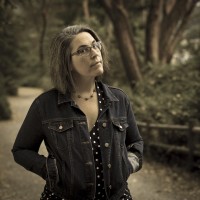